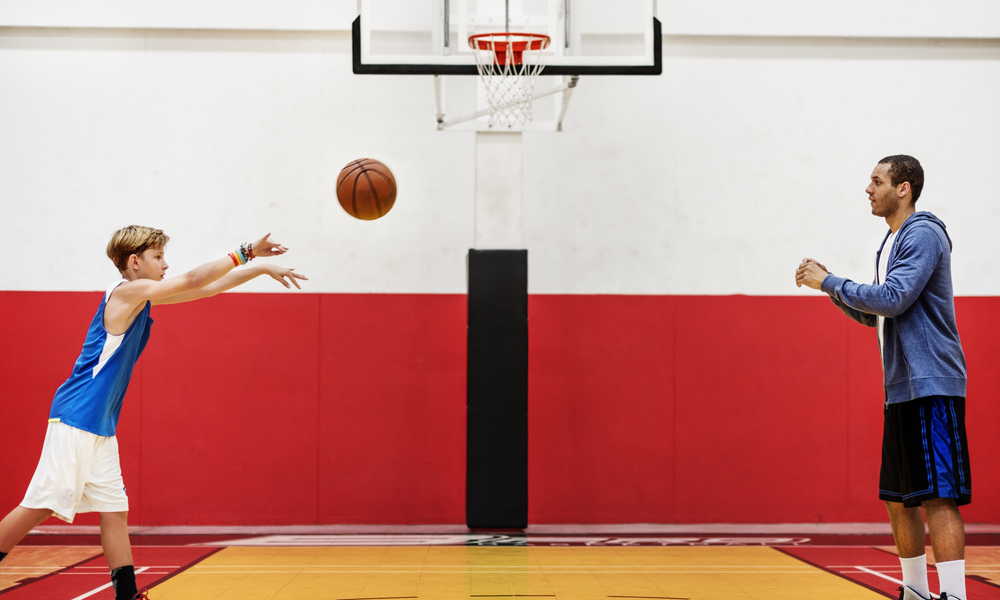 Shooting mechanics are crucial for any basketball player. For young players who are learning the game, shooting mechanics are more difficult to develop than other fundamentals, so they should be given appropriate focus. A form shooting drill focuses on one-handed shooting. Each player needs a ball and should stand about two feet from the basket, with several players to the right, left, and center.

Shooters should have their dominant foot pointed at the center of the basket with their other foot should be positioned at shoulder length. Players should then hold the ball in their hand, with their palms pointing up. Then, allow the player to shoot with one hand, emphasizing correct elbow angles at roughly 90 degrees.

For basketball players, few skills are more important than the ability to finish at the rim. While the three-point shot has taken over the game, shots near the rim will always be higher-percentage. However, they also require players to shoot through contact, often with their non-dominant hand. The Mikan drill helps them practice shots at the rim. Named after basketball legend George Mikan, this drill focuses on different layup variations with both the dominant and non-dominant hand. Players will make one layup, gather the rebound, and then make another layup on the opposite side.

This drill is more complicated, so it should be reserved for older YMCA basketball players. However, it’s a great drill for ball handling and player movement. For this drill, have players line up in three lines, starting at the free-throw line, facing the opposite end of the court. The middle player (#2) will have the ball first and will start the drill by passing the ball to player #3 on the right. Player #2 will then move to the right position, while player #3 moves to the middle and passes to player #1 on the left, who moves to the middle and passes the ball back to player #2. The drill ends in a layup or a shot at the other end.

If you are looking for YMCA basketball leagues or classes, Countryside YMCA can help. For more information, get in touch with us at (513) 932-1424.

At Countryside YMCA - the world’s largest Y - you and your family will enjoy many opportunities to grow and achieve balanced, fulfilled lives. Our programs are part of our mission to help create a strong, vital, caring community.