On Monday, November 11, Countryside YMCA will give back to veterans by honoring all the men and women who have served in the U.S. armed forces at the Veteran’s Day event.This event is free and open to the community and is held at the Y’s Lebanon location,The program begins at noon followed by lunch at 1:00pm. 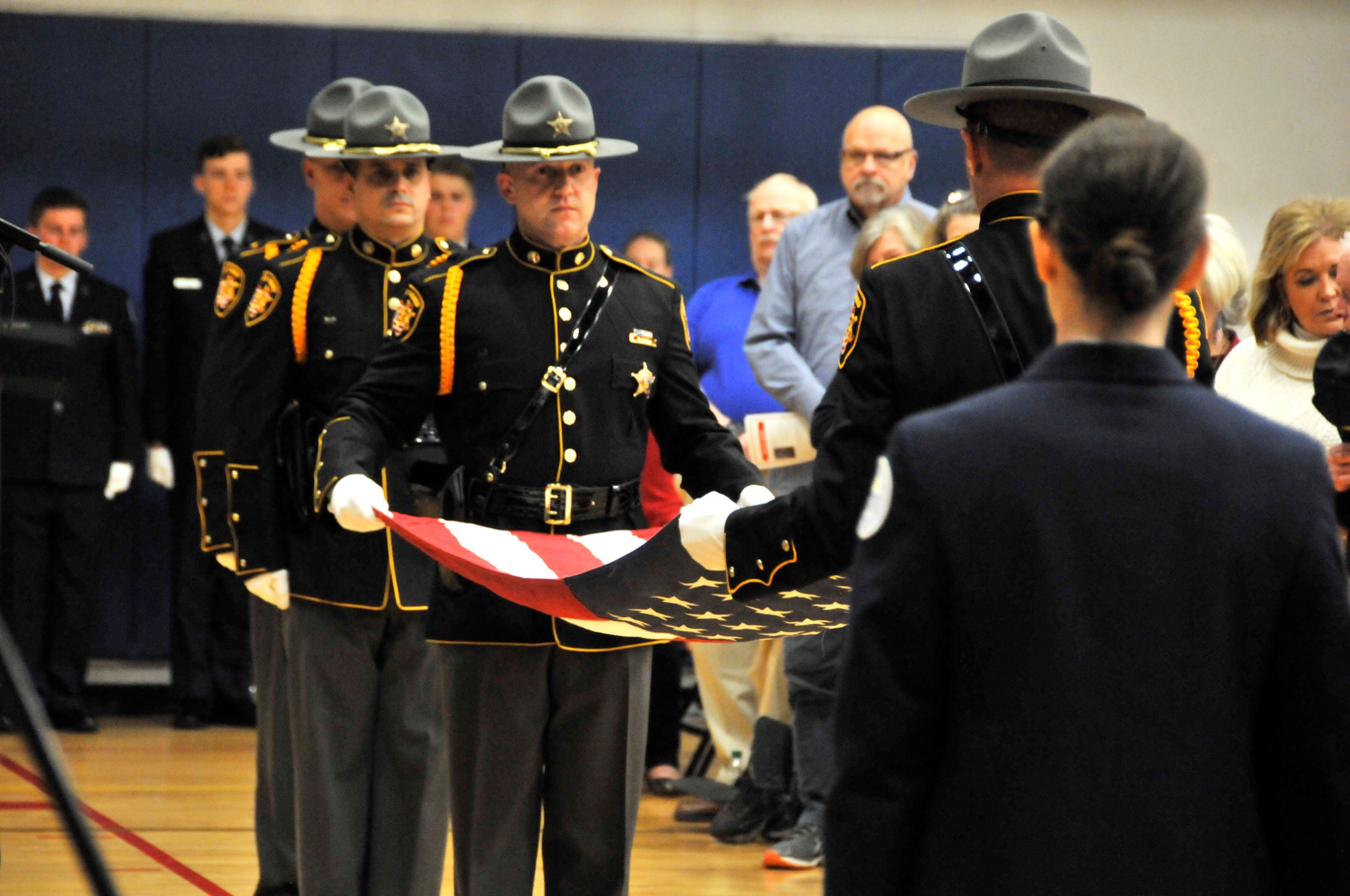 Since the Civil War, the Y has provided services to the military, and they continue to support military members and their families. On Monday, November 11, Countryside YMCA will give back to veterans by honoring all the men and women who have served in the U.S. armed forces at the Veteran’s Day event.

This event is free and open to the  community. We especially welcome veterans, their spouses, and their children. The program, held at the Y’s Lebanon location,  will begin at noon followed by lunch at 1:00pm. Julie Fennessey, coordinator of the Countryside YMCA Stolle Center said, “We hold this program annually to honor all our veterans, and to recognize our local heroes.”  The event, which averages 300 in attendance, is a full military protocol program.

The guest speaker is Chaplain (Colonel-Retired) Randy Fannin, an ordained Christian minister with the Evangelical Church Alliance. Before retiring from TriHealth / Bethesda Hospitals at the end of 2015, he served as a hospital chaplain for 25 years, the last two years of which he had administrative oversight of the Volunteer Resources Department at Bethesda North Hospital in Cincinnati, Ohio. He currently serves as Director of Pastoral Care at Lebanon Presbyterian Church.

Fannin also served in the U.S. Army Reserves. As a US Army Reserve Soldier, he held the rank of Colonel and served as the Command Chaplain for the 3rd Medical Command (Deployment Support) at Ft. Gillem, Georgia, Command Chaplain at the Military Intelligence Readiness Command (Ft. Belvoir, Virginia), Brigade Chaplain at the 2nd PSYOP Group (Twinsburg, Ohio), and Battalion Chaplain at the 15th PSYOP Battalion (Cincinnati, Ohio). CH Fannin deployed as US Army PSYOP Task Force Chaplain supporting Operation Iraqi Freedom (2004-2005) and Operation Enduring Freedom in Afghanistan (2008-2009). He retired from the Army 30 November 2018.

The Little Miami High School JROTC will present the Colors and the Warren County Sheriff's Department Honor Guard, Pipe and Drum Corps will give a 21-gun salute.  In addition, there will be a moment of silence to remember all Prisoner’s of War and those Missing in Action.  The US Army 122nd band will provide music.

Following the event is a free lunch of of pulled pork sandwiches, macaroni and cheese, baked beans, coleslaw and homemade desserts.

About Countryside  YMCA
Since 1978, Countryside YMCA has embodied the Christian principles that welcome everyone in an environment where people of all ages can achieve a balance of spirit, mind and body. Located on a beautiful 126-acre property, Countryside YMCA is one of the world’s largest YMCAs offering eight pools, five gymnasiums, two indoor tracks, a rock climbing wall, a 13,000 square ft. cardio/ weight room, the Arts Center, Stolle Center for active seniors, the Motion Zone for active youth, a wide range of exercise, sports, and creative expression  classes, disc golf, summer day camp for kids, and scenic trails.  To learn more, please visit www.countrysideymca.org.

At Countryside YMCA - the world’s largest Y - you and your family will enjoy many opportunities to grow and achieve balanced, fulfilled lives. Our programs are part of our mission to help create a strong, vital, caring community.